#Lean Leadership: Reluctance, Stumbling and Embracing the B Player 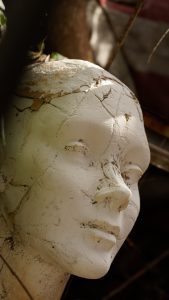 A project team we are working with recently addressed two concerns related the to adoption of new Lean behaviors.

These are common and valid concerns. Without any coaching this team understood that their role as leaders was to encourage the reluctant and help pick up the people that stumble. Good for them, because there is often a failure to recognize that the Lean ethic is rooted in the development of people, as opposed to the recruitment of the best available people. The leadership of this team understands that rather than complain about unacceptable behaviors that they need to coach people to behave and work to a higher standard.

Many leaders place more emphasis on finding A Players rather than better developing their B Players. They are seeking people able to throw themselves into the work enthusiastically while performing flawlessly. And they end up disappointed because we all have our flaws, and these flaws will trip each of us exposing us as humans, and B Players – every one of us.

We have a choice as players. We can be reluctant to play the Lean game, and thereby hide our weaknesses. Or we can move ahead with the game, stumbling as we learn. We also have a choice as leaders. We can dismiss the failings of the people around us as signs of weakness and lament the lack of A Players. Or we can help the people around us when they stumble, and just as importantly ask for their help when we stumble.

So the human condition is that we are all B Players, and that the “B” might well stand for “broken.” The Lean ethic uses work to give us each some perspective on our brokenness, enabling us to begin a process of repair. As Taiichi Ohno observed, fixing one problem only reveals additional, albeit more interesting, problems to be solved. Lean leaders need to recognize this applies to people, themselves included, as much or more to the processes comprising their value streams.

We’re in the business of making a difference for our partners – improved project outcomes, brighter company outlooks, and especially new possibilities for your people. For many, projects are intimidating, frustrating, and far too often, miserable. There really is another way. Let us show you a new approach that will change your view of project work forever.